Adventures of a Librarian Assistant 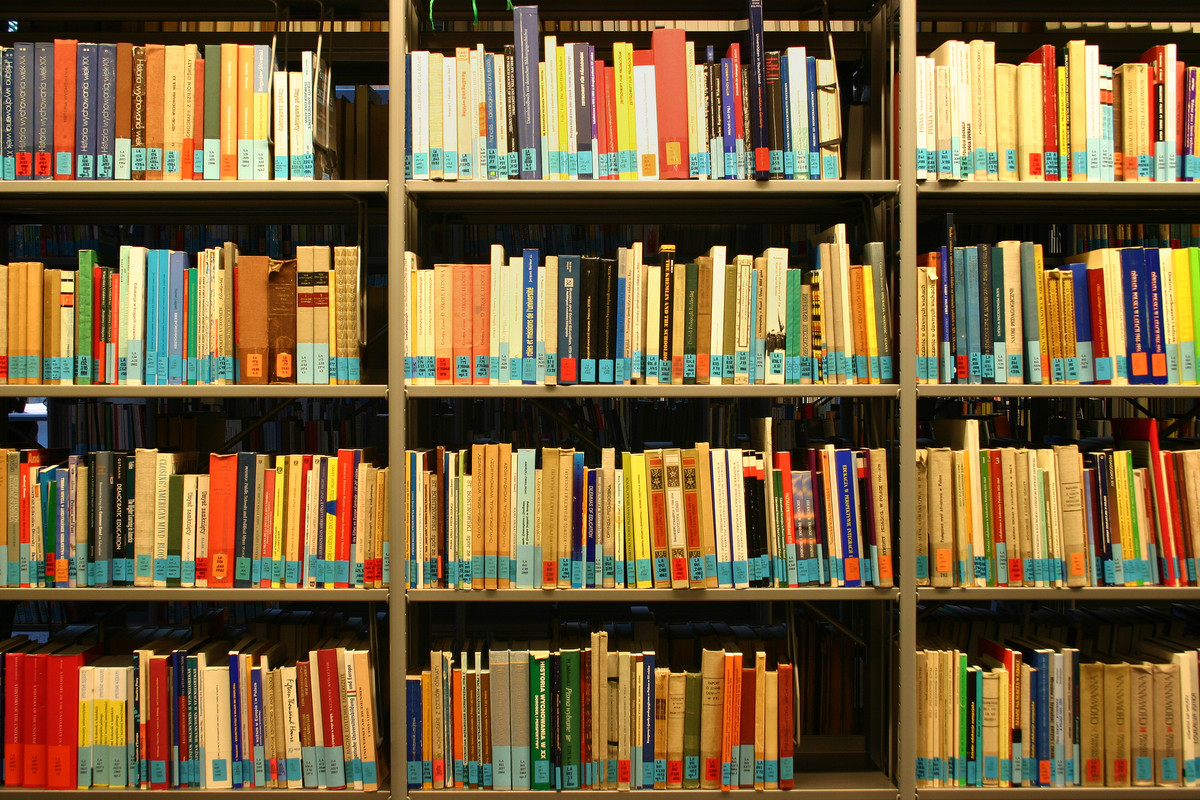 I work in a very small library. That doesn’t mean it’s not interesting at times.  I’m also surprised at how rude and demanding some patrons can be.  People will come in and tell us they need us to fill out job apps for them. Nope, can’t do that. It’s illegal. I don’t even like filling job apps out for myself, let alone someone else.  Librarians and their assistants are not there to do the bidding of the patrons. We are there to check books and computers in/out, assist patrons in finding resources in the library, make copies, send faxes, and provide customer service. However, customer service does NOT mean doing things you should do for yourself. I’ve heard of people asking librarians to fill out loan applications for them. HAHAHA what?! I wouldn’t even fill one of those out in a public place. We do clean the computers every day and delete the browser history/cache, but I still wouldn’t feel that the library was the best place to put in personal information.

No shirt, no shoes, no…pants?!

And it seems like all the best stuff happens when I’m not there.  I only work in the afternoons, so I guess the fun stuff happens in the a.m. My boss told me that there was a young lady of about 19 who walked into the library with no pants. That’s right, no pants.  Just a button up shirt that wasn’t even buttoned up all the way.  There isn’t a sign on the door that says “no shirt, no shoes, no service”. But one would think that it would go without saying in a public library.  There’s even a dress code for patrons. Nothing too strict, it just says they have to wear appropriate clothing. I would think that would include pants.

We’re getting ready for the summer reading program so I’m sure I will be busy until August.  Our movie nights start back up in June so I’ll have to learn how to use the projector. I am sure I will be the one who has to sit in with the kids while the movie plays, but that’s fine. My boss told me I could bring my tablet and read. They have decent internet so that’s a plus. We’ve had a lot of kids sign up so far, so that’s good. I am sure that when the summer reading program gets started, I will not be bored and I’ll have plenty to do.

Do Your Jobs, People!

I’ve only worked 2 days this week because Monday was a holiday and then I’ve been off since yesterday. The city, who is responsible for the maintenance on the building, can’t be bothered to fix the a/c unit that is broken. We were told that they “just haven’t gotten around to it yet.” It’s been broken since last week and my boss talked to the one who is over the maintenance department.  They just don’t care and it’s not a priority. There are two units for the building. One of them keeps freezing up and is not cooling at all.  Our conference room was 81 degrees and the rest of the library was nearly 80! The conference room is where we do the summer reading programs. We can’t do that until they get the a/c fixed. The library has been closing at 12 for the past couple of days and since I work in the afternoons, I haven’t had to work.  I’m supposed to get paid anyway since this is not my fault.  The patrons have started complaining too. So hopefully their complaints will get things done. 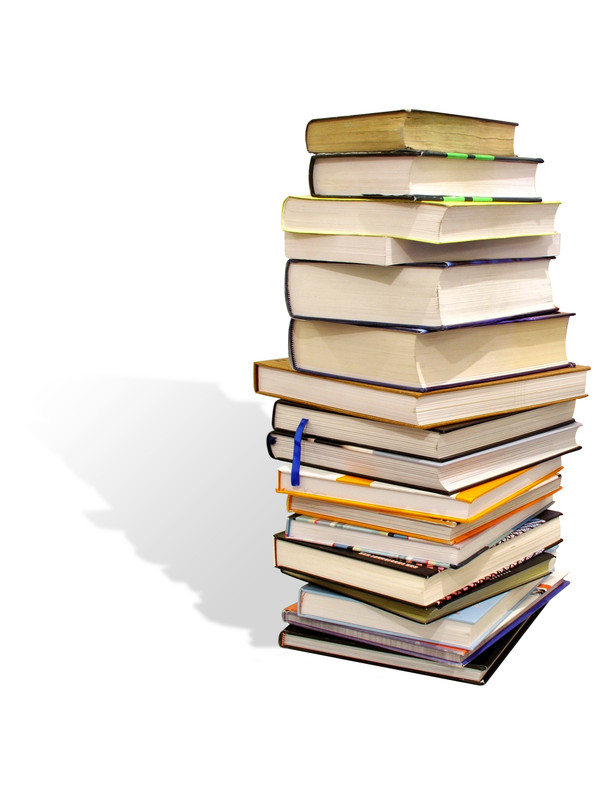 All in all, I love the job. Sure, there are days where some patrons can be rude and demanding, but that’s with any job.  It’s better than working in retail, which I’ve done before. I still have to provide customer service but on a much smaller scale.  Also, I get to be around books all day, what’s better than that?

Vacation, drama, and a Job.

I just realized I hadn’t written a personal post in awhile. So here goes.  I went on vacation to see my bestie back in July.  Then towards the end of July, my step daughter did something to warrant us to get into an argument with her and ask her to leave. We told her our granddaughter could stay but she couldn’t. Of course, she took my grand daughter with her and has refused to let us see her.  I’m upset about that, but I’ve been praying.  It’s really all I can do right now.

If you want to know the whole reason we asked her to leave, you can read about it here and here. I’ve tried all I can to help my stepdaughter, but she doesn’t want to change. I can’t have here here doing the things she does and have it affecting my kids. I just hate that she’s using her daughter against us. I’m really bummed about not being able to see her.

But other than that, things are ok around here. So I found a job but I enjoy it.I started going to my cousin’s house and caring for her precious 7 month old.  She’s super spoiled, but so cute.  I get to sit and hold an adorable baby all day and watch tv LOL.  I homeschool my kids, but my 15 yr old needs very little supervision and my 11 yr old likes to do his school work in the late afternoons. So it works for us.  Rhiannon decided she wanted to be on the dance competition team this year so this babysitting opportunity was perfect.

My oldest son works for a local drilling company and is gone during the week. He’s home some on the weekends, but he spends a lot of time with his girlfriend (who is just the sweetest girl). He still lives here. Or I guess I should say he still stores his things here and sleeps here.  He doesn’t really spend a whole lot of time with us when he’s off work.  However, I’m glad that he’s so independent.  He works hard and I’m super proud of him.

Freelancing, not all it’s cracked up to be….

I’ve been freelancing with a company for the past couple of weeks. It’s more of a part time job. I’m not going to mention the company by name, because hey, I still need the job. It’s basically a proofreading job. And oh my gosh are they picky. I could understand the pickiness if they paid more. The people who get the file before me must be extremely lazy. But they get paid if they only get part of it right. If I don’t edit it just so, I don’t get anything. So if I don’t get the format exactly right, then I’ve just wasted my time working on it. And most of the time, it’s not major things. I am a stickler when it comes to spelling and grammar, so that’s all right. One thing I’ve learned about freelance jobs is that most people want you to work for next to nothing. You have to work twice as hard to earn half the money.

Eeeekk….It’s a little more than a week until Christmas and I only have a few presents wrapped. I do not enjoy wrapping presents at all. I’m hoping since the hubby is done with classes until January, that I can get him to help me later on. I still have a little Christmas shopping to do too. I am going to try to get that done today. I know that the closer it gets to Christmas, the crazier the stores get LOL.

Rhiannon has Christmas dance programs this week, but I won’t get to attend them. It’s not because I don’t want to. it’s because the dance instructor chose to have them at a nursing home and a residential center so there’s no room for the parents. Rhiannon took dance when she was younger and they had an actual Christmas recital a local auditorium. I’m a little annoyed because I pay decent money for tuition and costumes and yet I can’t see her in her Christmas program. Oh, but I could buy a DVD of the performances for $5. It’s still not as good as being there in person. I’m sure I’m not the only parent who is aggravated by that. But oh well, what can ya do?
I’ve learned that complaining to people about things they do doesn’t solve anything. I guess that’s why I’ve gotten to where I’m so passive aggressive..yep, I admit to it. I wasn’t always that way but sometimes it seems like that’s the only way some people will get the point. Like, for instance, if someone owes me money, I might “like” a page with an article about that particular subject and hope that they see it in their feed LOL. Other times I’ve tried to collect money that someone owed me, they acted like I was crazy for even asking for it. And no, this was not a case of them borrowing money, but rather me working for them. I guess it’s crazy for me to want to get paid for working. I don’t feel like I should have to ask for money owed to me though. I mean, people know when they owe you money. If anyone has any suggestions how to get people to pay me without being all passive aggressive and without being a jerk, I’d love to hear them :).

Hi! I’m Nikki, a 39-year-old wife, and homeschooling mom. I have 3 wonderful kids, Kasey (stepdaughter) and Jake are both 21, Rhiannon is 17, and Trey is 12. I’m also a Mimi to two beautiful, sweet babies, Kali, 4, and Keiran, 14 months. I was born and raised in the gorgeous state of Mississippi and that’s where I currently reside.
My blog is a place where you will find reviews, giveaways, homeschooling and the occasional opinion post.
In my spare time, I enjoy photography and all things computer related.