What are SIM Only Plans and Will They Work for You? 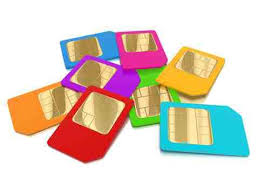 You may have heard about a new type of phone plan being offered by service providers in the UK – they are referred to as SIM Only Plans, and they essentially are cheap service plans with generous usage. Companies are able to offer these plans for a less expensive rate than usual by not supplying the customer with a brand new mobile phone every two years. Obviously if you like that aspect of your current plan, SIM Only Plans likely won’t be something for you.

For those willing to part with a bi-yearly upgrade in order to save some money on a monthly basis, SIM Only would be a fantastic option! Another good time to switch to SIM Only would be in a situation where you can get a phone at a discounted rate – since the retail price on most mobile phones can be as much as £550 or more, it may not be ideal to purchase that completely out of pocket. However, there are some SIM Only Plans that will actually save you more than £550 depending on your current plan.

If you’re looking to save a lot of money, in most cases you should be prepared to give up some of your monthly allotted usage. Although, there are some cases where customers are paying way more than the average monthly rate to begin with, and could cut their bill in half while retaining the same usage. Regardless of your current situation, you will definitely save a noticeable amount on your monthly bill by switching to a SIM Only Plan.

Which Service Provider has the Best Deals?

Most of the people in the market for a SIM Only Plan are looking to save money, of course there are other cases (like those who can obtain a free phone or are satisfied with their current one),  but regardless of why you’re able to make the switch doesn’t negate the fact you want to save money. Part of the money saving process, is to find the best SIM card deals, which can take a little bit of research.

You can either look for comparison sites that do most of the research for you, or you can go to individual service provider websites and see the most up to date rates. Some good places to start are companies like T-Mobile, Orange, Vodafone, and O2 – these are all well-known SIM Only providers that offer a variety of different options for phone plans.

When looking through the plans, you’ll likely notice that they are similarly priced, but have different benefits from one company to another. For instance Vodafone’s plans have a big emphasis on data, in-fact, every single one of their plans comes with 750MB of UK Wi-Fi; the allotted minutes however, doesn’t quite match up to other companies. This makes it easy to find a plan that you know is going to work for you, just check which type of usage you’re currently using the most – whether it be minutes, texts, or data.

Pricing Variables with SIM Only Plans

Obviously the biggest variable that comes into play when choosing a plan is home many minutes and data you want to be given each month – texting not so much, simply because most plans offer unlimited texting; with the exception of the most basic plans. For example, T-Mobile offers a plan with 250 minutes, 500 texts, and 500MB for either £8 a month with a 12-month contract or £10 a month with no contract. Whereas, the next cheapest deal offers 500 minutes, unlimited texting, and 1GB of data for £3 more.

Another variable is something I just mentioned, the choice of a 12 month contract or a month to month agreement with no contract. I’ve never seen a company have a bigger variance than £2 for this choice, but there may be some rare occurrences where this is not the case. There are also cases where a company will offer completely different plans for contracts and non-contracts, in which case this standard wouldn’t be applied.

If you break down T-Mobile’s plans a bit more, you’ll see why the most expensive component to upgrade is the minutes. From the second cheapest plan to the third – which happens to be the third most expensive as well, so right in the middle. You’ll double your minutes to get 1000, but triple your data to get 3GB, for an increased monthly rate of £5. Beyond that, you can double your minutes again and unlock unlimited data for another £5, and for £5 more, you’ll get unlimited everything.

For those that didn’t keep up with the math there, that equates to just £26 a month with a 12 month contract for unlimited talk, text, and data. You simply can’t beat that price, and you can even be contract free if you fork over an extra £2, making the total monthly cost £28.

Education about the Online Dangers

These Gloves are Made for Dancing—and So Much More!

Hi! I’m Nikki, a 39-year-old wife, and homeschooling mom. I have 3 wonderful kids, Kasey (stepdaughter) and Jake are both 21, Rhiannon is 17, and Trey is 12. I’m also a Mimi to two beautiful, sweet babies, Kali, 4, and Keiran, 14 months. I was born and raised in the gorgeous state of Mississippi and that’s where I currently reside.
My blog is a place where you will find reviews, giveaways, homeschooling and the occasional opinion post.
In my spare time, I enjoy photography and all things computer related.